China has a rich history that spans countless centuries, making a study of its cultural practices over time an extraordinarily interesting academic endeavour. I look forward to supporting my students to learn about the significant political, military and social discourses that have shaped this world power - and its many dynamic dynasties.

A China historian with a primary research interest in the Ming period (1366-1644), I have published well-received books and articles on the political, military and social aspects of the penultimate Chinese dynasty. My ten-year stint in Hong Kong stimulated a second research interest in the history of teacher education in the former British colony. After jointly completing an annotated translation of a seventeenth-century Chinese memoir, I have begun working on a book project on chaste women of Ming China.

My teaching career has taken me from Nanjing to Hong Kong and finally to London. Since joining Huron in the summer of 2005, I have taught eight courses on the history of China, East Asia, and non-Western world. Four of them, i.e. “Crime and Punishment in Imperial China,” “Political Assassination,” “War and Memory in East Asia,” and “Sex, Law, and Society in Imperial China,” were designed by me and have been popular among the students. A new half course on women’s changing status in East Asia will be offered in 2019-2020. 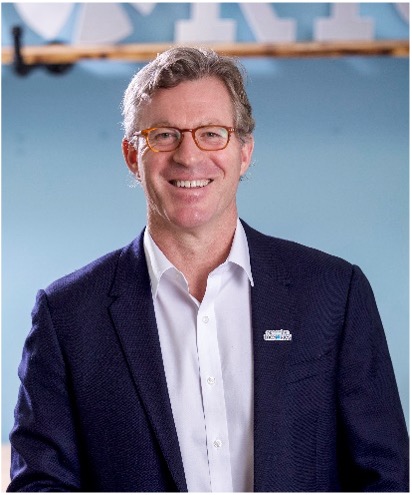 Caleb Hayhoe is the Founder & Chairman of Flowerdale Group and a Huron Class of ’85 Alumnus. Flowerdale Group is a Hong Kong based family office with a global investment outlook across public markets, real estate and private investment. Hayhoe previously spent over ten years building a global sourcing business together with an exceptional team, and remains committed to entrepreneurialism and helping great ideas become sustainable companies.

Hayhoe prioritizes character above all else when looking at who and what to invest in. “I have hired hundreds of people, and what I always look for is how people do things,” Hayhoe says. “As the world becomes increasingly globalized, businesses have access to countless intelligent, qualified people. However, cultural capital is what really counts: you need to be willing to learn, work well with people from diverse backgrounds and accept ideas that starkly differ from your own.”

Hayhoe, who currently lives in London, UK, remains an avid believer in the value of a Liberal Arts education. As a member of Huron’s Board of Governors, he hopes to reaffirm and support the responsibility of educational institutions to develop graduates who have integrity and who recognize the importance of balancing financial success with social responsibility.

He looks forward to working with Huron’s Board of Governors to create a legacy at Huron that stands for the core fundamental values of treating people with dignity and respect and acting in the best interests of society.

“I am excited about the opportunity to help my alma mater become an even more representative and dynamic school that emphasizes integrity, celebrates uniqueness and never loses that sense of home it had when I attended,” he says. 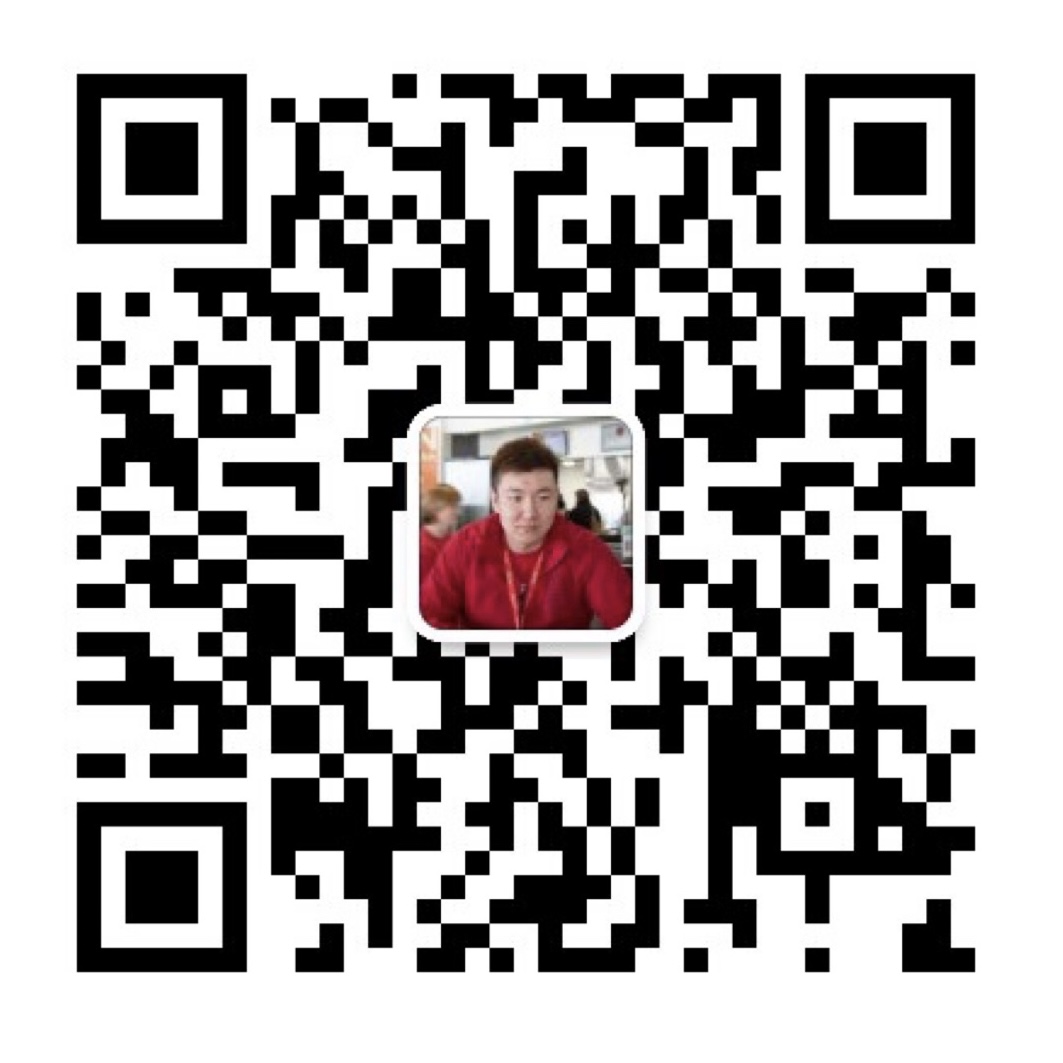 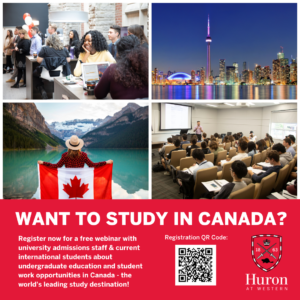 The Huron Experience is truly one-of-a-kind.  While most universities take in thousands of students every year, Huron selectively limits our annual incoming cohort to around 500 students each year. Even though we keep our community strategically small, we ensure they are truly representative of our global community, and we welcome exceptional young leaders from dozens of countries all over the world to our campus each year. This means, the average number of students in your classes will be 33 rather than 300, 500 or 800 like most other undergraduate programs. Plus, our student to faculty ratio is only 11:1. For us, the quality of your experience will always be more important than merely increasingly the quantity of our students.

Most undergraduate learning environments in Canada involve sitting in a lecture hall with hundreds of students, watching slideshows and memorizing textbooks. Huron classes are different. Here, professors will mentor you, not lecture you. You will engage with the course materials through interaction and debate with your peers and learn in the real-world through capstone projects, high-level research unique on the undergraduate level, as well as through real-life learning experiences throughout Canada and around the world.

Why do we do this? Because it’s all about you. At Huron, you can expect a premium undergraduate experience. Our staff and faculty will know your name, not just your student number. We will know your story and are personally invested in making sure you achieve your goals and maximize your potential.

Huron’s alumni network includes world-renowned leaders, in every industry, who you can learn from, network with and emulate. Huron alumni live in 59 countries worldwide and Lead with Heart in business, government, technology, law, international affairs and more.

With a graduating class of 400 students rather than 4,000, it’s possible to connect each and every student with an alumni mentor who will be personally invested in your success and can directly connect you to career opportunities where they work. This can make the difference between starting out in an entry level position and attaining a distinguished career.

Plus, you’ll never have to search for mentorship or a job alone. You will have one-on-one guidance from your Career Development Team who works hard solely to provide our talented students with alumni mentors working in the field or organization of your dreams.

How do Huron’s distinct advantages develop exceptional alumni? Our campus, which has the resources to nurture individual gifts, creates an environment where you’re strongly encouraged to show up and speak out. Within our interactive classrooms, there’s no sitting back and passively taking in information. Instead, you learn presentation, debate and the kind of human and leadership skills that will be most in demand in a world of ever-increasing automation and artificial intelligence.

Our university promises to deliver on an education that is as prestigious as it is principled, and part of that commitment involves our collaboration with the world’s highest calibre of institutions. When you choose Huron, you gain access to partnership opportunities at the world-renowned Harvard University.

Harvard Business School Online (Harvard) provides students, in any Huron program, with a chance to gain the fundamentals of business thinking. The online Credential of Readiness (CORe) program will enable Huron students to contribute to business discussions and decision-making, whether you’re looking to advance your career, considering graduate school, or narrowing down the career path best suited to your potential.

This Ivy League badge of honour is the perfect supplement to a well-rounded Liberal Arts degree and will ensure future employers recognize your dedication to business best practices, as well as accountable leadership.

Because of our small classes, one-on-one faculty mentorship and opportunities to build leadership skills through internships, volunteering, community-based learning and travel study, Huron students can keep their grades high and build impressive extracurricular portfolios — all of which are vital to acceptance at

Paid Internships: At Huron, every single student is guaranteed a paid internship, so you will get to connect your learning with workplace experience and earn while you learn.

Entry-level work positions no longer require entry-level experience. To secure a job right after graduation, you need to show employers you’re capable of contributing significant value to your workplace.

At Huron’s Career Development Centre, you will work one-on-one with your advisor to find the right fit for your paid internship. Your personal Career Development team member will help connect you with a position that sparks your curiosity and nurtures your interests, while providing you with experiences to add to your resume. Huron has an extensive group of esteemed alumni who are leading industries, around the world, and are eager to give back by providing our students with internship and career opportunities. This, along with our strategically selective campus, means you’re not competing with hundreds of students for internship positions, so Huron students always have a better chance to secure a meaningful experience.

Our Culture of Care

Our Leaders with Heart learn better and do more because we ensure our resources are never spread thin across our student body. Our strategically sized university means not only will you establish meaningful relationships with your professors, but our administration and staff are also readily available to enrich your time here. We never overcrowd our programs because we believe in providing a transformative education, not churning out degrees.

From the moment you begin your application and throughout all four years, we will work with you to ensure you’re thriving. At Huron we don’t have long lines and wait times, individualized one-on-one support from our staff and advisors is available on-demand. With one professor per 11 students and the same number of wellness, professional development and international support staff members as many large universities, you can feel confident you will always have people, who genuinely care about you, in your corner.

Who are some of the people who contribute to Huron’s Culture of Care?

Our Admissions team, who will work side-by-side with you and your family as you begin to apply, to provide personalized program recommendations and assistance with every step of the application & scholarship process

Our President who gives out his personal cell phone number, is consistently a presence at student events and responds to your emails within 48 hours, 7 days a week.

World-renowned faculty who are celebrated academics, researchers and educators and are always available to meet with you individually outside of class time

Student Advisors who will always be available 1-on-1 to help you with any of your academic, wellness and professional development needs

At Huron you will never have to go through any red tape. You will always have direct access to the support you need – unlike at large institutions where you may need to wait weeks to address your needs.